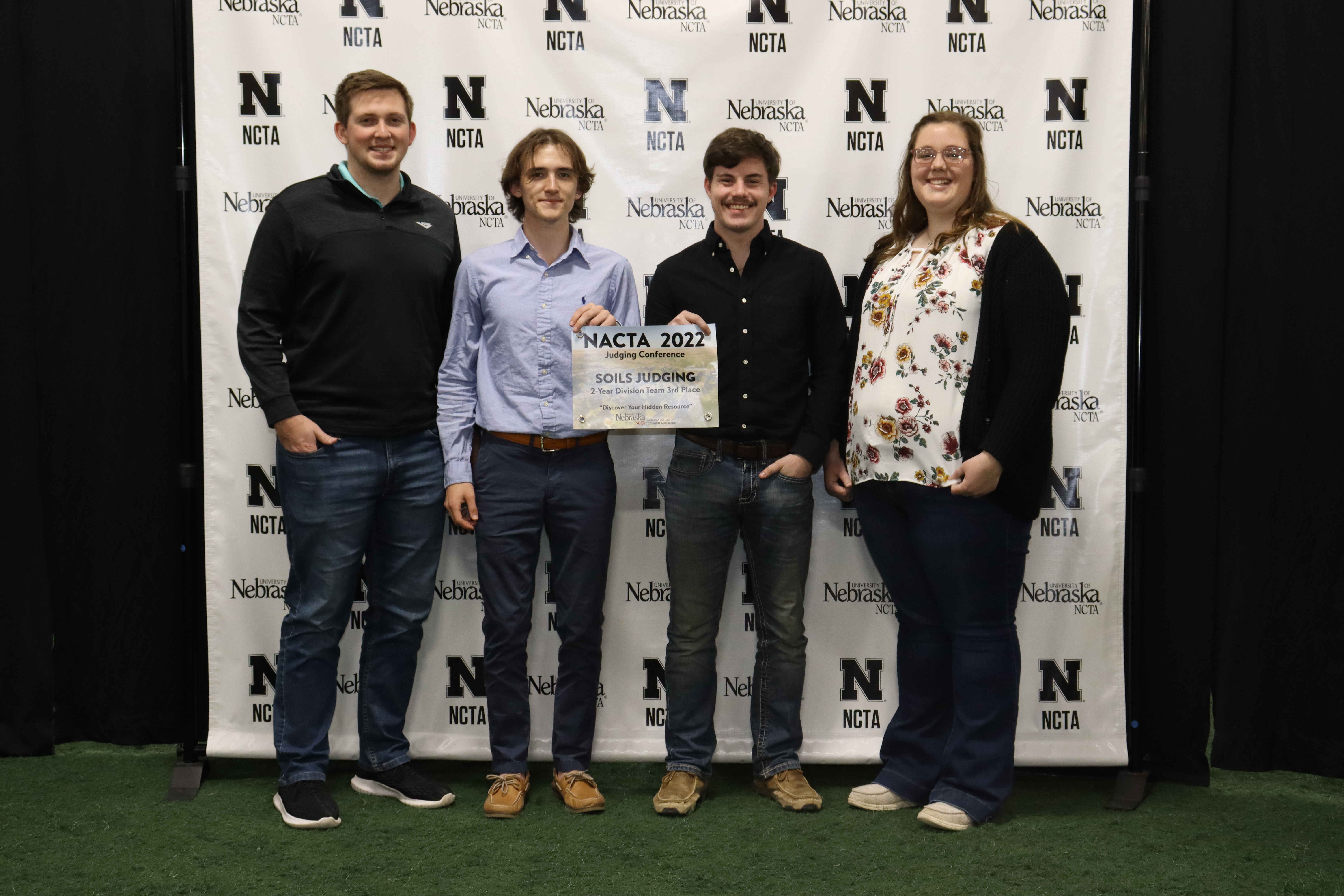 VINCENNES, Ind. - Vincennes University believes in providing hands-on learning experiences. Students in the College of Science, Engineering, and Mathematics’ Agriculture 102 and Agriculture 202 classes recently immersed themselves in a truly hands-on experience by jumping in and getting their hands dirty identifying soil layers at a national competition.

The students competed in the Soils Judging Contest at the North American Colleges and Teachers of Agriculture (NACTA) 2022 Judging Conference in North Platte, Nebraska with VU Adjunct Professor Randy Staley.

Mansfield said that during the Soils Judging competition, students had to “describe and evaluate the soil horizons, characterize the landform and landscape position of the soil, and then determine suitability for development/utilization of the site such as constructing lagoons, building roads, and construction site suitability.” 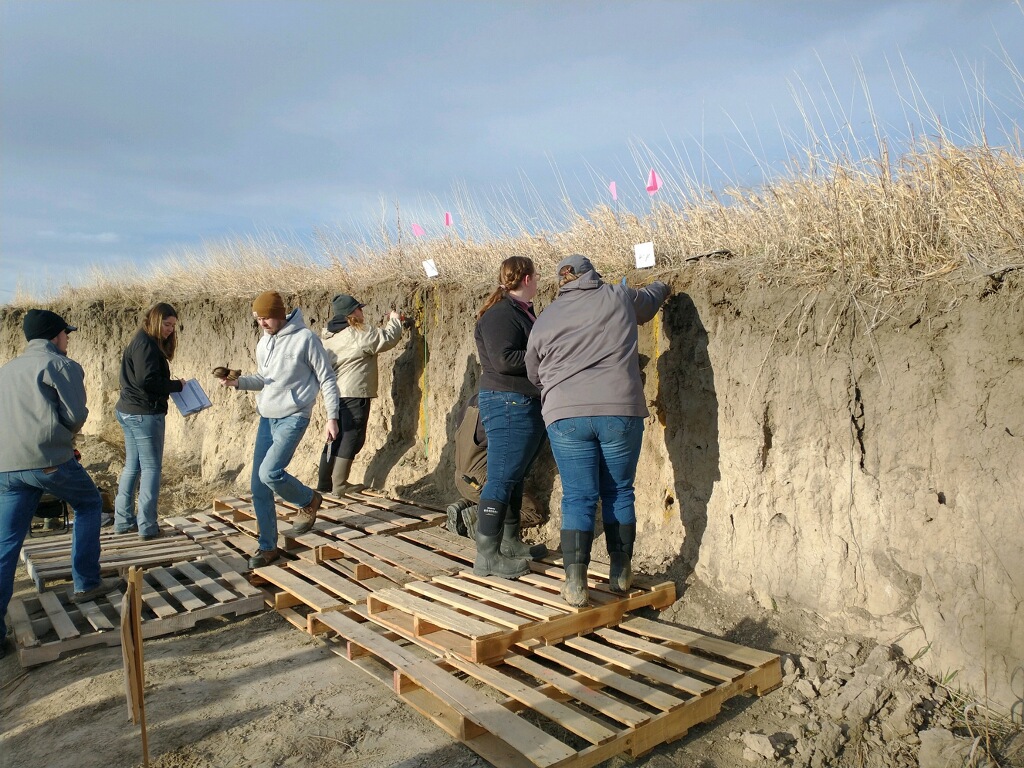 During the Nebraska trip, students learned about the differences in the characteristics of the soil and how they formed compared to Indiana’s soils.

Welage, a Natural Resources and Environmental Science major from Vincennes, and Cassity, a Surveying Technology major from Danville, Indiana, both agree that the competition was an event that they will remember for a lifetime.

Welage and Cassity said their favorite part of the trip was getting to know the team better, having fun, and learning more about the agriculture soils industry. 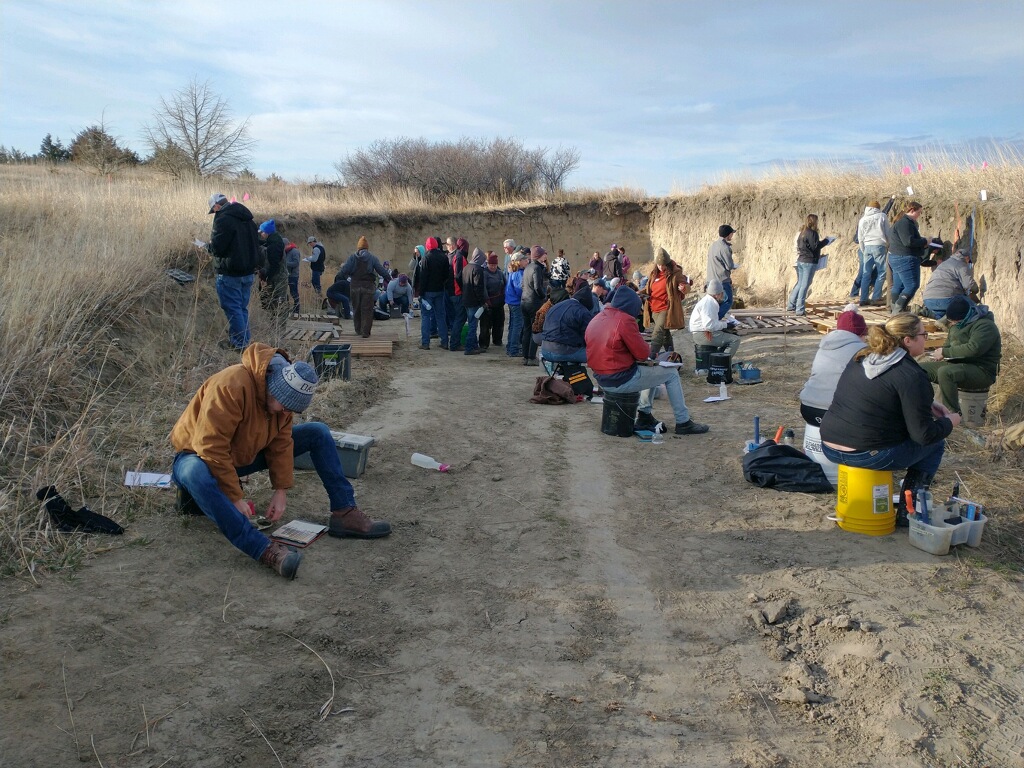 “It was a relief to place third in the competition. It was also nice knowing all the hard work we put in was worth it. Not being comfortable with soils out in Nebraska and placing third made me proud of the team,” said Spaeth, an Agriculture major from Rushville, Indiana.

The conference provides an important component in preparing students for a career in an agriculture-related field by enhancing their decision-making ability, prioritization skills, communication skills, and technical abilities within a student’s chosen field.

Brown said the competition was an eye-opening and informative experience and is pleased with the outcome of the competition. He is an Agronomy major from Rushville, Indiana.

“I’m sure my teammates can agree that we all would’ve liked to place better, but considering it was all our first year judging soils, I’m very proud of our team,” Brown said. “ We were competing against others who have been doing it a long time. I believe third is the best Vincennes University has ever placed at the national event, so we are all very proud that we were able to represent VU well.”