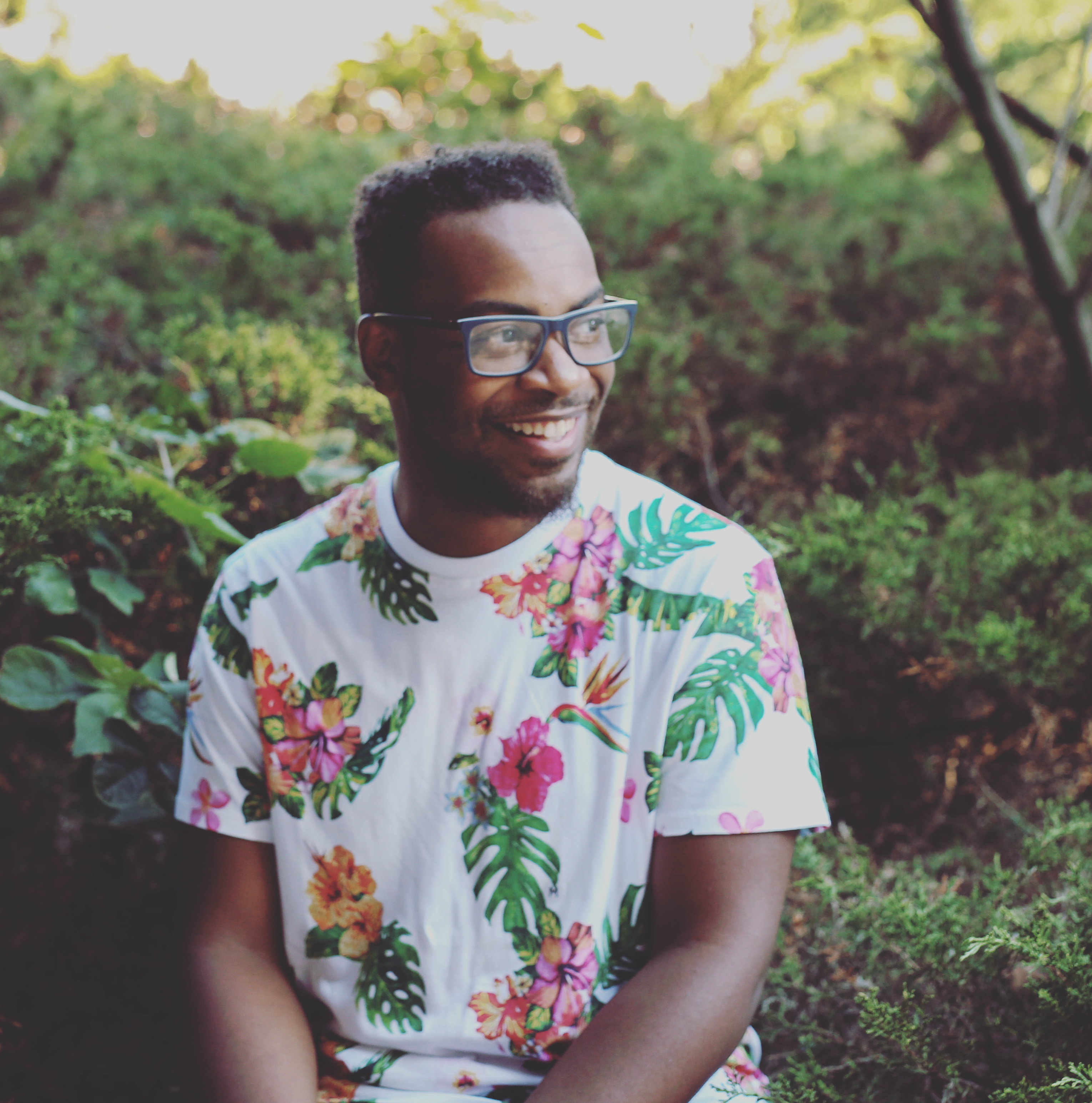 “Equal parts moving and eloquent, this powerful, raw, and brilliant story will sit with you long after you finish” are the words used by the popular website BuzzFeed to describe the debut novel of Vincennes University alumnus and Indianapolis native Jay Coles.

Two years after graduating from VU and Ben Davis University High School, Coles exploded on the scene in 2017 with “Tyler Johnson Was Here” and drew the praise of the New York Times, Forbes, and other critics. In the book, a young man searches for answers after the death of his brother at the hands of the police.

Coles, 26, is described as “one of the brightest and most acclaimed new lights in YA (young adult) fiction.” Entertainment Weekly proclaimed, “As an acclaimed YA author, he understands the power of a good, multilayered story.” Another reviewer wrote, “Coles’ talent shines in this moving and powerful novel.”

It is mind-blowing when you learn he wrote “Tyler Johnson Was Here” while he was a student in VU’s Early College program. The program allows high school students to get a jump start on college by providing them the opportunity to earn an associate degree from VU and a high school diploma at the same time.

Coles started writing poems and short stories in middle school. He was challenging himself to write full-length novels by the time he was in high school. He explains “Tyler Johnson Was Here” began as a simple Google document on his laptop.

“I shared a version of it with VU Professor Chad Andrews, and he really encouraged me to continue to work on my craft and expand on the book in ways that I didn’t even realize were really helpful, and thus it ended up being something I was really proud of. It inspired me to start reaching out to literary agents, who could then maybe get me a book deal.”

He did that and more. Much more.

By the time he completed his VU degree and finished high school, he landed an agent and sold the book to one of the top five publishers in the world. “Tyler Johnson Was Here” has been published in the U.S. and abroad.

September 2021 brought us another novel by Coles. "Things We Couldn't Say" is a coming-of-age story about a bisexual black teenager finding his first love and navigating the return of the mother who abandoned his family when he was younger.

It was also released to fanfare and is published by Scholastic, the largest publisher and distributor of children’s books in the world. Entertainment Weekly included the novel on its list of the Best Children’s Books to Gift the Young Bookworms in Your Life. 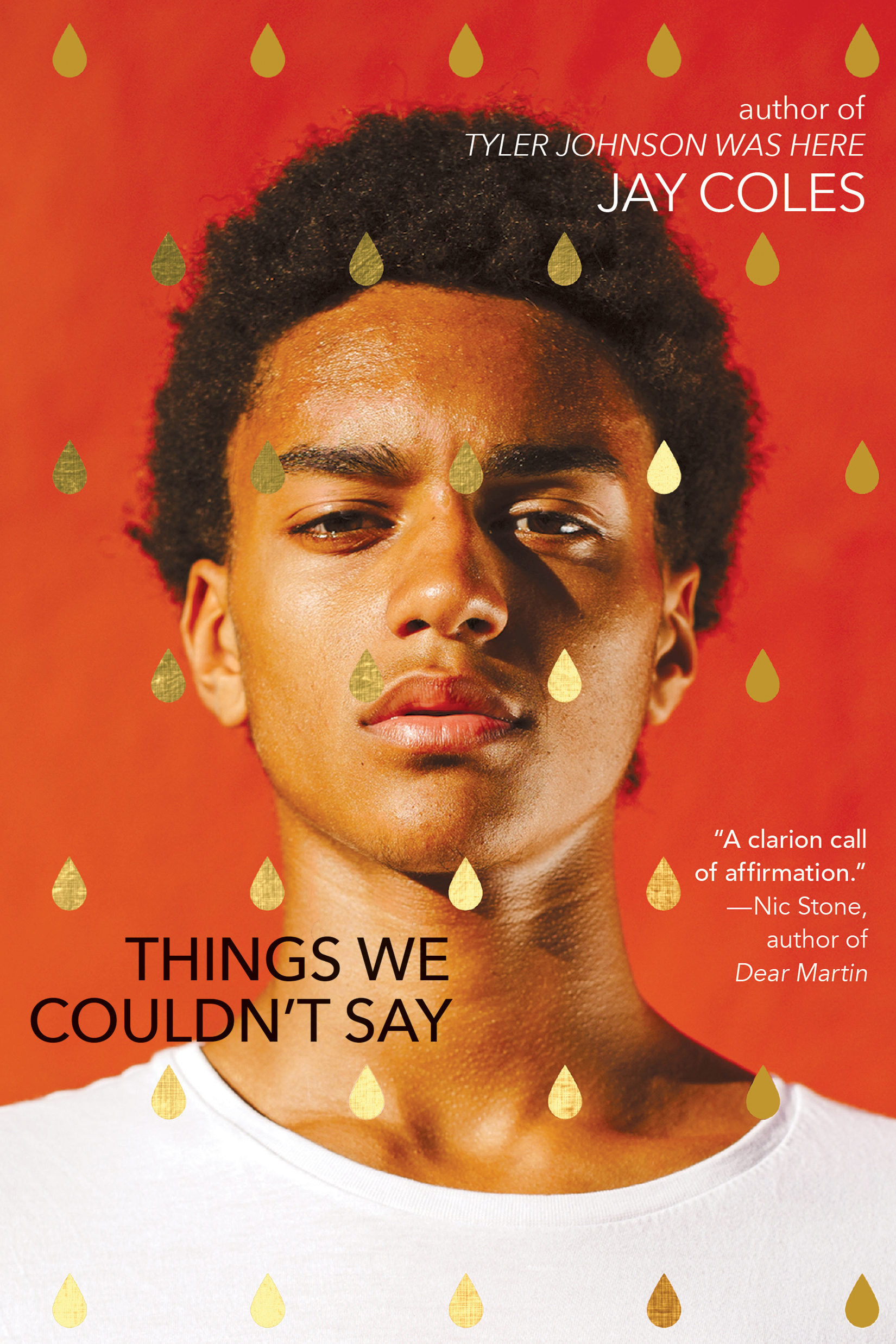 “Things We Couldn’t Say” is a powerful book, and the story behind it is just as moving.

“When I started writing “Things We Couldn’t Say” it was just before the pandemic started in 2020,” Coles said. “I was wrestling with a lot of intense loss and intense grief. I had just lost my grandmother who was the closest person that I had in my life. I wanted to write a story that would in some way help me heal and in some way help me understand grief or understand my own grief a little bit better. When I sat down to write “Things We Couldn’t Say”, the story of these characters, who are very clearly experiencing different degrees of loss and grief, helped me in a lot of different ways. It became almost a form of therapy for me.”

In addition to being a celebrated author, he is also a published composer. He belongs to the American Society of Composers, Authors, and Publishers and composes symphonies and commissioned pieces of music. He composed his first piece when he was a sixth-grade student in the school band.

“When I fell in love with composing music, I fell in love with the idea of telling a story through music,” Coles said. “The power of story has always been something close to my heart. I loved reading books growing up. My love of reading cultivated and produced my love of writing.”

For The Love of Words

Coles earned a bachelor’s degree in English from Ball State University after graduating from VU and high school.

When he enrolled at Ball State, his heart was set on becoming a teacher. He eventually changed his major. Although, he did teach for a short time in Indianapolis after graduation.

He has advice for current students.

“You don’t have to have everything figured out right away,” Coles said. “You don’t have to plan for your next four or five or six or seven years. Allow yourself to enjoy your experience of the transition between high school and college, whether you go off to a four-year institution or a two-year institution, or a trade-school environment. Just enjoy the experience and do not feel held bondage by the future and trying to figure out all the details of what could be next.

“I had a lot of anxiety about I don’t know what I want to do for my future career. In college, I allowed myself the freedom to experience different things. Changing my major a couple of times allowed me to get a taste of almost a little bit of everything and ultimately led me to where I am now.”

The most recent chapters of the author's life include being a full-time writer, living in Muncie, mentoring college students, and working for a campus ministry at Ball State.

He currently has lots of hot projects in the works.

“I am working on a really cool project that I can’t announce yet, sadly,” Coles says. “It is one of my favorite TV shows, and they’re asking me to write a book based off this TC show. I am expanding outside of my own original work. I am doing independent projects for TV shows, other networks, and streaming services. I’m also working on my next young adult novel for my publisher, Scholastic. I am starting to write my first middle-grade book for young readers.”

Coles’ novels are available at Amazon, Barnes & Noble, and other retailers like Brain Lair Books in South Bend which has signed bookplates.