VU Alumni Kurt Pangborn: Inspiring Others With Words of Wisdom and Blazing A Trail in Athletics

VU Alumni Kurt Pangborn: Inspiring Others With Words of Wisdom and Blazing A Trail in Athletics 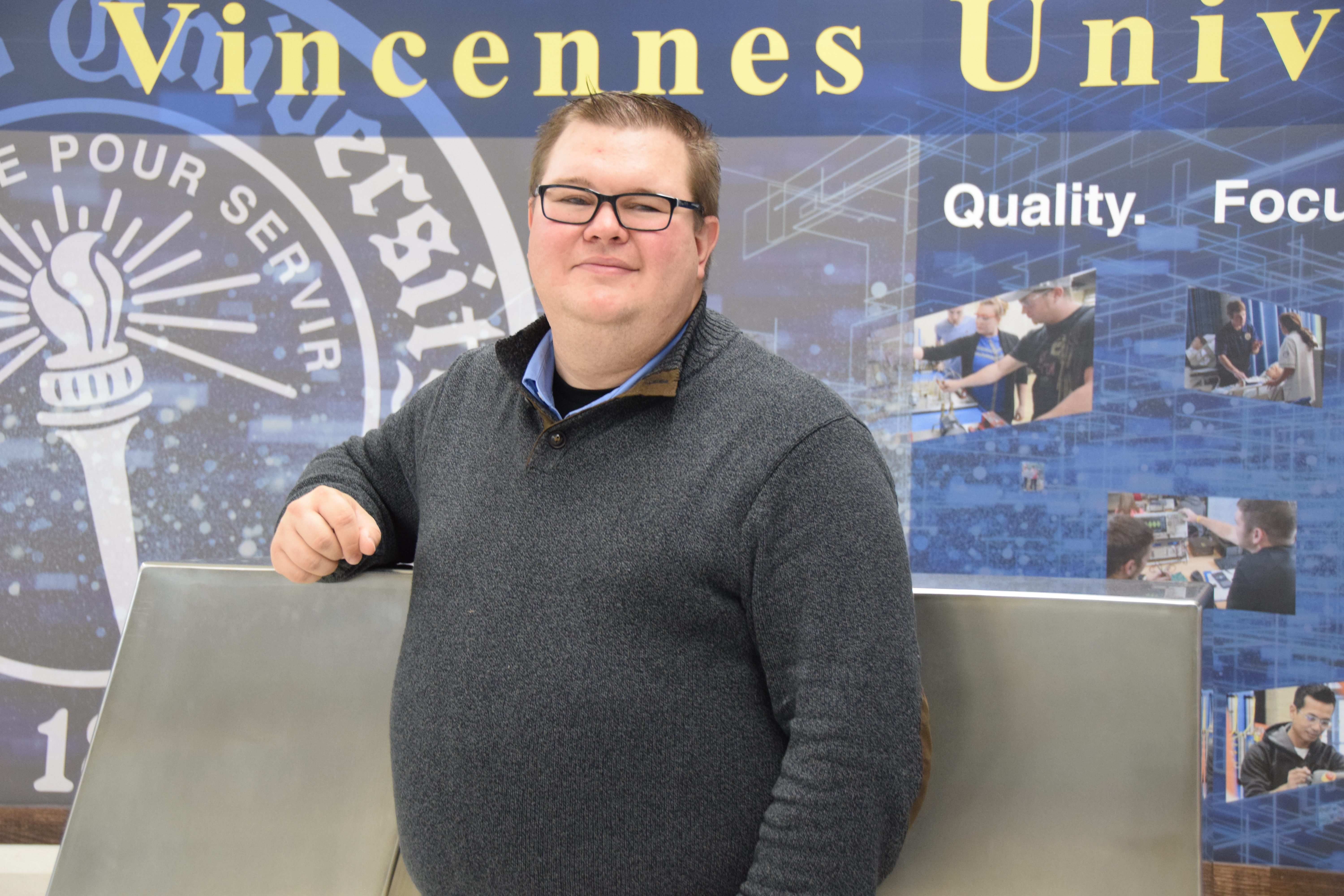 The sky's the limit for Vincennes University Alumni Kurt Pangborn, as he is defeating the odds and is pursuing his passion in the sports management industry.

Pangborn was born with an eye condition called congenital glaucoma, leaving him with impaired vision and undergoing approximately 40 eye surgeries. He has not let it stop him.

Pangborn is currently living his dream as Assistant Director for Athletic Tours and Ticket Operations at IU Bloomington.

"This position was uniquely created for me upon my recommendation and proposal to our Deputy Director of Athletics," he says. "I wanted to bridge the gap between non-game day experiences and ticket sales."

Pangborn is also the author of a new memoir that shines a light on his perseverance, devout faith, and the loving friends and family standing beside him.

In “Through Blurred Vision”, he describes how he overcame his disability. Pangborn also gives hope and encouragement to others.

The book includes a foreward by Indiana University Football Coach Tom Allen. It is available via Pangborn’s website, Amazon, Target, Barnes & Noble, and other sites.

He says he hopes to enact change and invest in the lives of others through his writing and public speaking.

He says his favorite part of his career is building relationships with donors, season ticket holders, and people within the community.

"I can't think of a better way to interact with the local community, alumni, and beyond. Every day I am reminded of how much I love to work with a wide variety of people and build relationships. My position places me on the front line and makes me accessible to the public. Whether it be private tours, theme days, group sales, customer care for my 600 accounts, or aiding in operations. All involve personal relations, which is a top priority for me."

Pangborn is soaring in his career field. He credits the vast amount of resources available to VU students such as tutoring and the Office of Diverse Abilities and Accommodations.

“I love the resources on campus and getting the chance to pursue my passion in the sports industry. I chose VU because I felt like they would give me the best springboard to success in the future. They helped me when I needed large print on tests or when I needed extended time on exams. There’s a wide variety of resources and people that I’ve leaned on to make sure that I could reach my full potential and be successful as a trailblazer,” Pangborn says.

Getting a jump start on the VU experience

Pangborn took full advantage of the Summer Bridge Program, a five-week summer orientation for incoming VU freshmen who want to get a head start on their academics and get a first glance at their upcoming college experiences, when he first started at VU in 2007. He has been grateful for the experience ever since. He says he continues to utilize the resources he was given and hopes new students will pounce on the wonderful resources VU offers.

"Coming in to have that five to six-week period to get my feet wet when it came to college was very helpful," he says. "It allowed me to figure out the lay of the land, to see what it's like to be in the college setting, and to see what the academic load would be. I continue to recall these resources and apply them to everyday life."

Pangborn says his fondest memories lie with the many admirable connections and long-lasting friendships he made on campus.

Pangborn knows what it means to bleed blue and gold.

"Being a trailblazer is understanding the people on campus," he says. "During my experience at VU, I was given nothing but support. Moving forward in my life, I want to support people around me and give back to the next generation of students. Having that same mentality, the same compassion, and the same drive to be successful is what makes me a trailblazer."

Pangborn knows what it’s like to reap the benefits VU offers, and encourages students to take charge of their college journey and make every moment count during their time on campus.

"VU is filled with multiple resources to help students be successful," he says. "It’s a big transition for any student to come out of high school and enter college. The way to be successful in college is to be proactive by exploring your campus and making connections. Diligently use your time to invest in the future as I did with the women’s basketball program. I would tell students to take advantage of all the resources at Vincennes University and don’t be silent. Ask questions!"