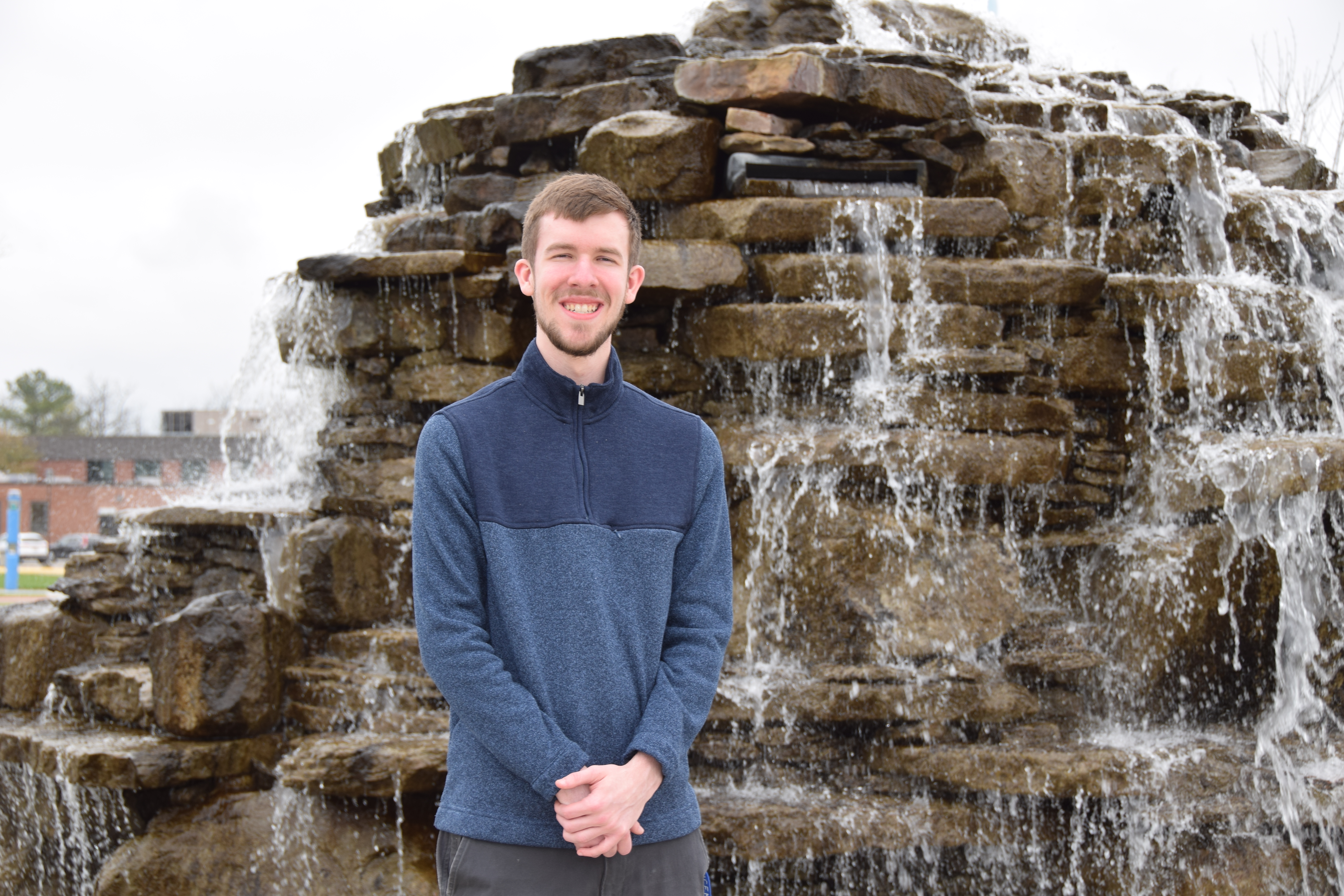 When he’s not in class, Advanced Manufacturing Automation Technology major Brock Wilson is on the go.

He is a student ambassador, Admissions tour guide, automotive club member, and he is currently serving as Vincennes University’s favorite Trailblazer Willie mascot.

"I love the campus atmosphere here,” he says. “I get to interact with other students, grow my status, and make new friends."

During his tour guide hours, Wilson introduces potential future Trailblazers and their families to the historical yet modern 200-plus acre Vincennes campus.

“I show people from Indiana and other states the campus and its many points of interest,” he says. “I get to meet new people, future students, and alums.”

The groggy sensation of waking up at seven in the morning is a feeling most people detest. Instead of heading back to sleep just for a few extra minutes of contentment, he is already kicking off the day pumping the iron for some daily strength training.

Next, it’s time to focus on academics. Wilson’s coursework consists of mostly hands-on learning related to the different technologies involved in automated manufacturing, which is a high-demand and high-paying field.

“I have some lectures during class, but mostly I am programming robots and coding with Programmable Logic Controllers (PLC). I can make a robotic car drive around a room while it tells me what it’s looking at and what it wants to do.”

Originally from Covington, Indiana, Wilson plans to work for an industrial company after he graduates in May of 2022. He is excited about putting his programming, logistics, and automation skills to use in his future career.

Wilson is a people person who can talk to anyone. A quality that will be useful in a work setting and it already serves him well on campus.

In his residence hall, he plays video games and socializes with his suitemates. He also interacts with others and makes friends when he’s out and about around campus. He also revels in the opportunity to converse with other students who are car enthusiasts as a member of the VU Automotive Club.

“It is a club made for car lovers and builders,” he says. “We mostly host car events and dyno events. Even though I take AMAT classes, I feel like I can make helpful contributions with my automotive knowledge.”