For the love of the guitar: VU Professor Scott Mercer will have an article featured in Guitar Player magazine

For the love of the guitar: VU Professor Scott Mercer will have an article featured in Guitar Player magazine 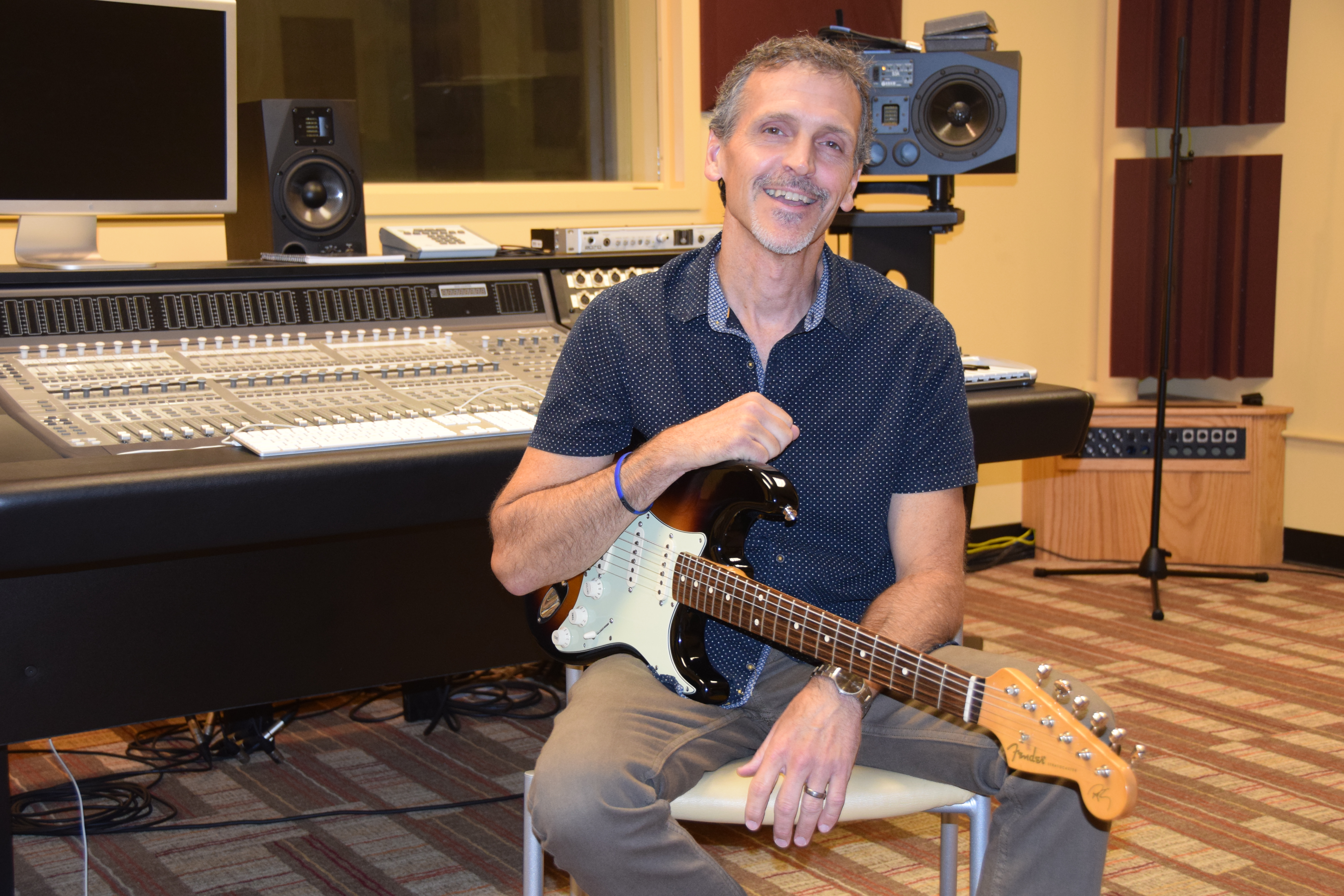 The rhythmic sound that comes from the strum of a guitar is why Vincennes University Associate Professor of Music Scott Mercer chose a career path in the music industry. His appreciation for the instrument developed after listening to the acoustics of a guitar on repeat from rock record CDs. After some practice and raw talent, Mercer discovered he had a gift for the musical arts.

His love of the guitar led him to Indiana State University, where he gained a bachelor’s degree in Music and a concentration in Merchandising. A year later in the Fall of 1989, Mercer began working at VU to share his knowledge and passion with students. Not too long after, he continued his education at Indiana University Bloomington, where he earned a master's degree in Music Jazz Studies.

Mercer currently teaches various courses in VU’s Audio Recording program, where he has the opportunity to help other students follow their musical aspirations while allowing him to pursue his own dreams as well.

Guitar Player magazine will publish an article written by Mercer in its May 2022 issue.

Guitar Player is a popular magazine for guitar lovers and musicians. It includes player-featured articles and interviews, product reviews, and lesson material for guitar players. Mercer’s article contains a tutorial of self-written musical examples and transcribed audio of Mercer performing bits of the examples.

What are your earliest memories of music and falling in love with music?

"Because my dad was a pedal steel guitar player, I was exposed to classic country and western swing music from his record collection and bands with which he performed. It has always been part of my environment. At age 10 or 11, I discovered rock music while spinning the dial of an old GE radio. Prior to that, I’m not sure I was aware there was any other music than country styles. That "new" music immediately had quite a hold on me."

What do you love about the guitar and what makes it unique?

What do you love about teaching at VU?

"I love seeing students “get it” and connecting the dots for students. Sometimes it’s teaching something that a student already knows, but is unaware of it. Seeing that look when, all of a sudden, it all comes together."

Tell us about your Guitar Player article and why it is important.

"Over the years, I have written many musical examples that illustrate concepts I teach, and I have transcribed guitar solos by several of my favorite players. With the advent of music scoring programs - many years ago - I do all of this using the computer. Occasionally I will write something I think might be of interest to players in general, and I’ll shop it around.

"My article is really a lesson in using chromatic notes to enhance the available materials for improvisation. It’s a methodical approach to add chromaticism to the musical vocabulary. Guitar nerd stuff! Think of it as adding colors to an artist’s palate. The musical examples are the focus of the lesson. I transcribed actual audio of me playing all the excerpts. The online and mobile versions of the article contain active links to the audio, and the print version includes URLs for the audio clips."

Describe what it is like knowing that your article will be published in Guitar Player magazine.

"I have had lessons and transcriptions in Premier Guitar, Just Jazz Guitar, and JazzEd magazines, but something about being in Guitar Player seems like a step up. As a longtime reader, it’s been very career affirming.”