From the entertaining tabletop games offered by the Critical Confirmed club to the ecstatic cheers and uproars of the VU Blue Crew encouraging student-athletes from the stands. There is a wide, diverse variety of clubs and organizations for Vincennes University students to join.

The clubs at VU let students meet amiable people with similar interests, discover newfound passions, and allow them to get involved with different activities on campus.

Education major Grace Jones is the president of Critical Confirmed. The club allows VU students to dive into the world of fantasy, create their own stories, and explore their interests in the realm of gaming.

"I helped start this club so that any student on campus can have a safe and fun place to explore their interest in gaming. Tabletop games cover a ton of different types of games, but the most popular are Dungeons and Dragons, card games, tile-base games, and board games. At Critical Confirmed, we play these games along with other traditional games like video games! Being part of Critical Confirmed is a ton of fun! I love hanging out with my friends as we play Dungeons and Dragons, organizing tons of events for students on campus, and learning about new types of games," says Jones, a native of Bicknell, Indiana.

The Cyber Crime Investigators club allows any VU student who is eager to learn the intricate ways of cybersecurity and information technology to do so. CCI Vice President and IT major Brayden Rexing and CCI Treasurer and Cybersecurity major Brice Coleman have much to say about why people should become a member of their interactive club.

Coleman says, "The CCI club is an education club, but it also has some cool events as well. We have guest speakers, we work with meta-data, play cornhole tournaments, and do a lot of hands-on stuff with computers."

"We have Midwest qualifiers in February. We do a lot of fun stuff in this club. We have a few fun things coming up which may or may not include a honeypot,” Rexing adds. 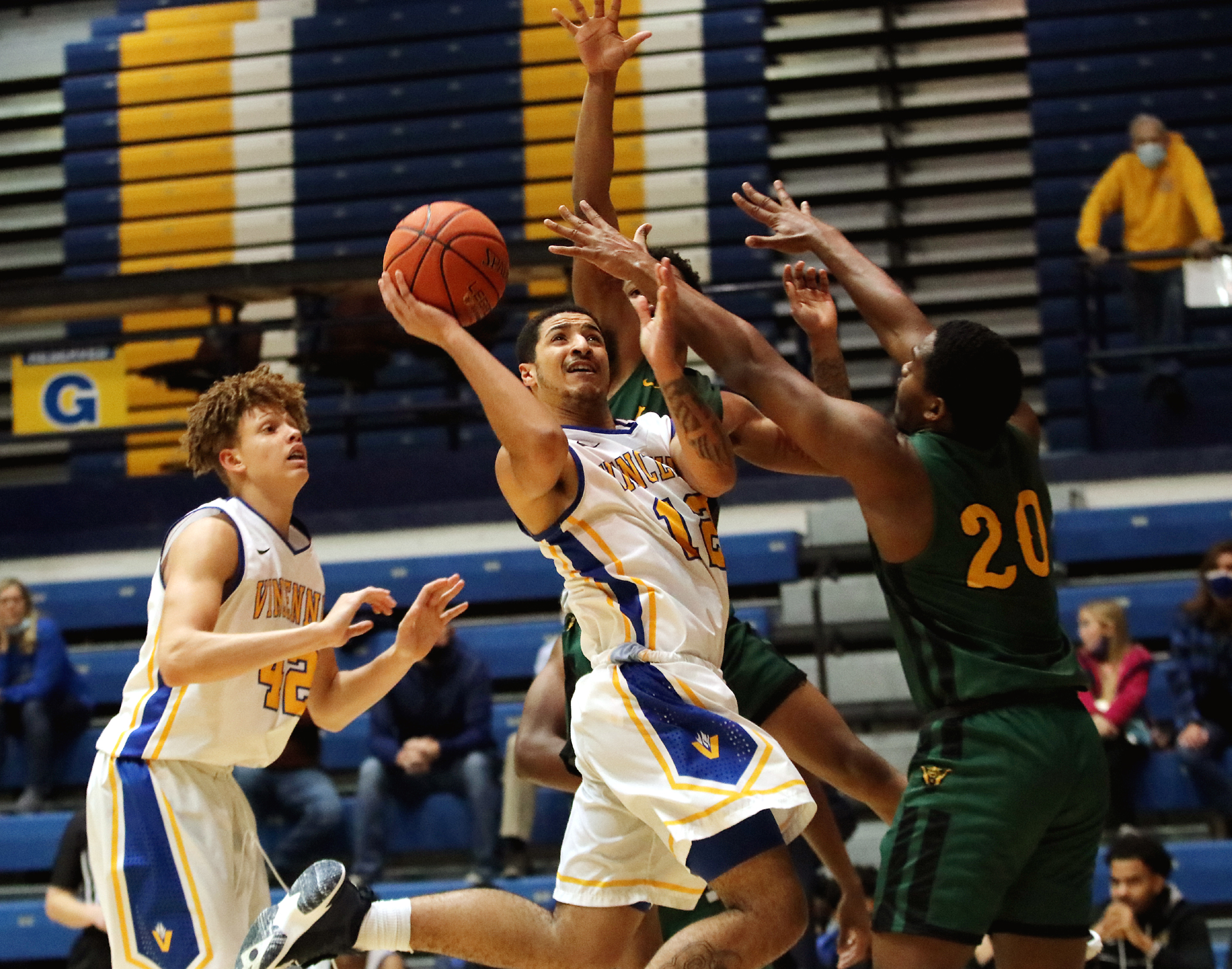 As the public relations coordinator, Marissa Bradley makes posters and runs the social media aspects of the VU Blue Crew. It is a new club on campus that is eager to show school spirit and blazes the path for students who want to show their Trailblazer pride by supporting the university and their student-athletes.

"We go to all of the sporting events and plan themes for the games to show our school spirit and cheer on our fellow classmates who are also student-athletes," says Bradley, a Physical Therapist Assistant major from Jasper, Indiana. "Being a part of Blue Crew is such a fun experience. I’m able to meet new people while going to sporting events and rooting for some of the players that are in my classes. I also love that I can show pride in my school and the athletic accomplishments we have."

Brandon Sciscoe, a Product Design major from Bloomington, Indiana, is the president of VU’s Anime Club. The Anime Club gives students who enjoy watching anime an experience to explore different types of compelling aspects of the riveting world of anime. It also gives them a chance to make new life-long friendships and have fun while doing it all. 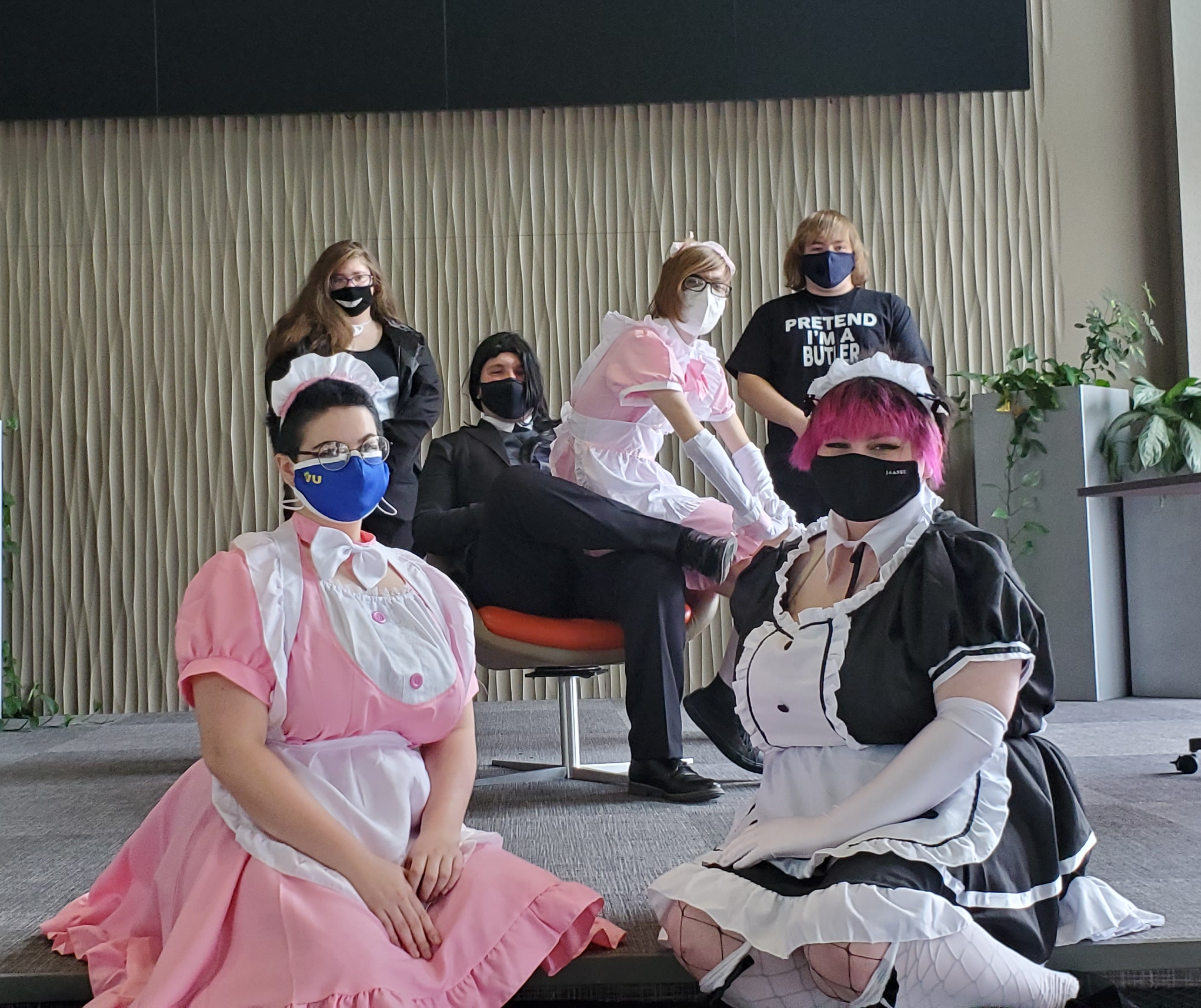 The Anime Club organized a cafe last year for students. Customers were offered a delicious cup of ramen noodles, a choice of beverage, and card games to play such as: “UNO” and “For The Girls”. Each show consisted of captivating karaoke performances, Q&As from the audience, and hilarious stand-up comedy.

There are numerous clubs, organizations, events, activities for all VU students to enjoy.

At the beginning of the year, VU held Blazerpalooza for students. The free music festival included drinks and food, a collage of inflatable sports, the classic cornhole, entertaining carnival games, plus incredible concerts by country artist Tyler Rich and the rock band Bad Suns. Critical Confirmed has put on events such as a costume contest for Halloween week and a game night for students to teach them how to play the infamous Dungeons and Dragons. The Office of Student Activities hosts amazing movie nights every Monday for students to enjoy. The Auto Club holds a car show for the University and the community. They run cars on a dyno and show well-kept vintage cars for a chance to earn trophies.

Students should reach out to the advisor if they are interested in learning more about joining a VU club or organization.

If there isn’t a club that piques a student’s interest, or they just want to start a club of their own, all they need to do is to get at least seven students, including themselves, and a faculty or staff member who is willing to serve as their advisor. Once they do that, they can pick up a club handbook in the Student Activities Office that has all the rules that club members are expected to follow as well as the paperwork that needs to be filled out and turned in to finalize the club registration process.

Please check out our University Events Calendar. It is a valuable resource that allows current students, future students, faculty, staff, alumni, and members of the public to find out about upcoming events and other exciting happenings at VU.