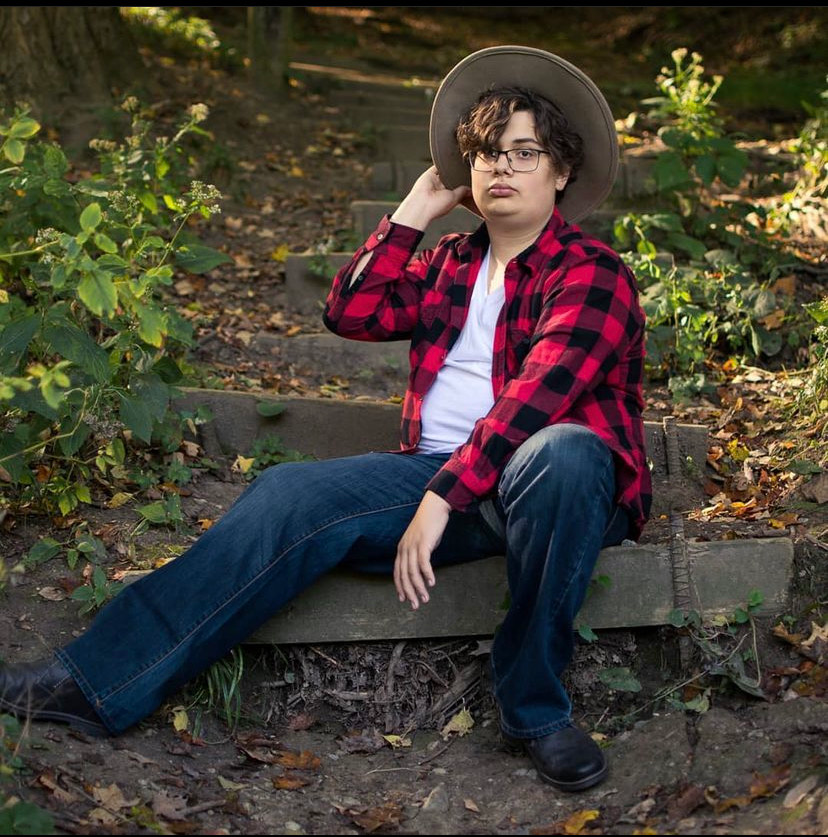 "The most recent project I had to do was come up with a design for the Davis Hall Mural. They told us that the mural would incorporate a little bit from each of our designs."

Seeing the captivating work he has done here at VU, it’s a surprise Jolly’s first choice in what to major in wasn’t graphic design.

"I wanted to be a history teacher, but I started realizing history can be a very controlling field. I've always had an interest in art and an appreciation of designs, so I decided to combine the two, and I am glad that I did." 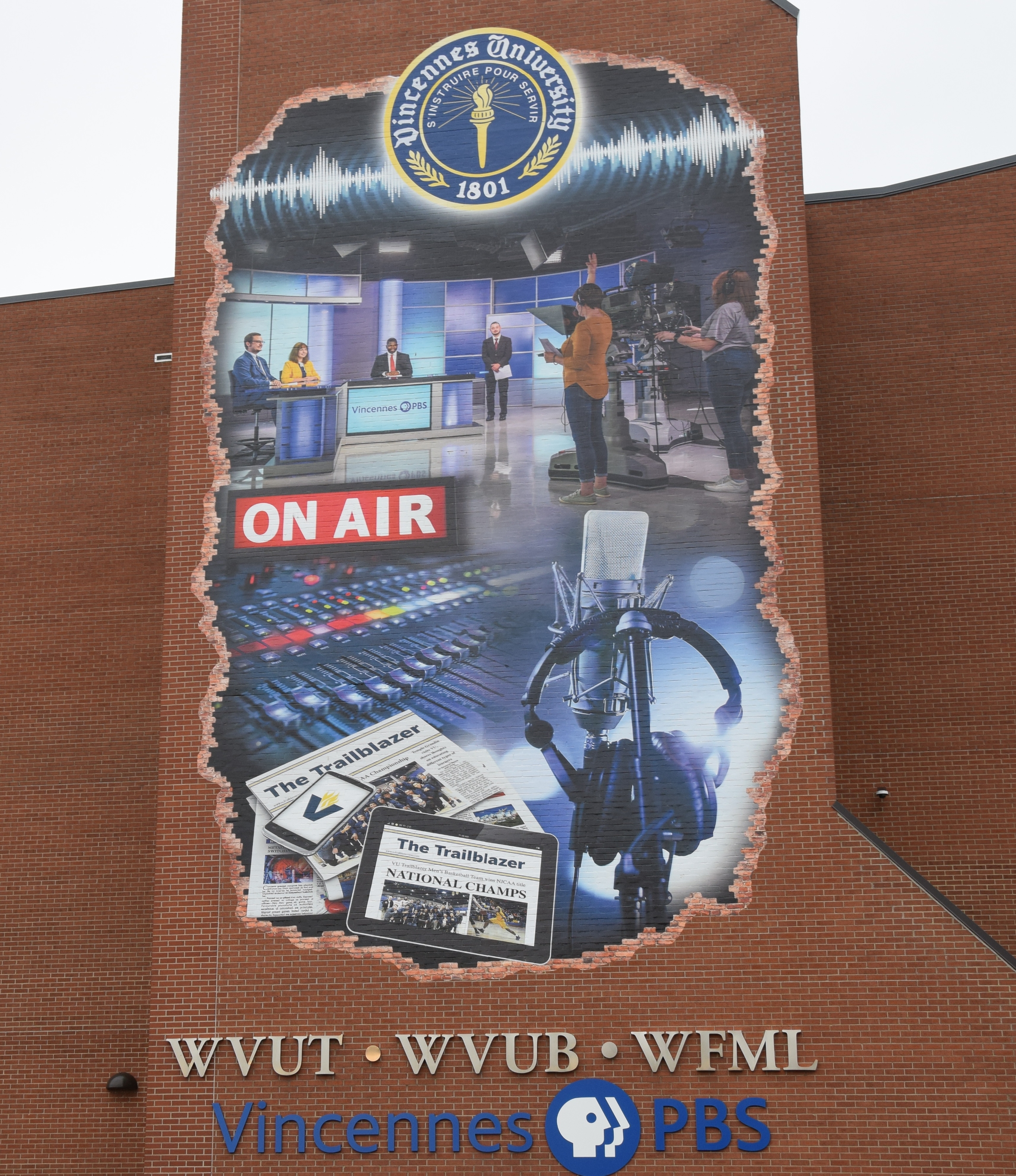 The new Davis Hall Mural is bold, big, and visible to passersby on Second St.

With a tap of a computer key, something beautiful and creative can emerge from a blank page. Jolly wants to show the world how something so simple can transform into a vibrant abstract masterpiece.

"I grew up doing graffiti or just abstract art that was an urban theme, so I try to incorporate that in my work. I mainly focus on branding, logos, social media assets, but I do anything asked of me recently. I have been doing a lot of illustrations lately. My favorite type of graphic art has to be designing faces, most abstractly, so illustrations. I love making normal objects vividly different," Jolly said.

VU has many vital resources for students to succeed and get the proper, beneficial education they deserve. Jolly said that many of those resources are helping him get to where he wants to be in the future.

"I'm a 5’11 Italian American from New York City. I grew up between an Indiana Mom and a New Yorker Dad, so I was familiar with both areas a bit. My aunt went to Saint Mary’s, and she told me a lot about VU. I wasn’t sure if I wanted to go to college, and I didn’t want to be locked down at a four-year school, so I thought VU was a good option. I’m happy that I chose VU because it has opened my eyes to the graphic design field."

He added, "VU has also been great because it has on-campus housing, so I don’t have to commute every day. I live on campus, and honestly, it’s pretty nice. It’s just like living at home just with a random person you’ve never met before. VU also has very supportive professors. Graphic Design professors Norman Worstell and Ronald Wise have been extremely helpful during my time at VU. They have pushed me further than I would push myself. They are a great resource for anything any of us design students need."

After he graduates in May of 2022, Jolly said he plans to take the first year to work on his freelance, and then work for a company and save enough money to go back to New York or out west.

He hopes to reach his goal of becoming his own boss while astonishing others with his artistic skills and innovative talent.